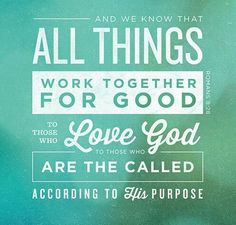 Are you dealing with dark times of your life? Maybe you are thinking just like what i was thinking, that probably this is the worst plan He got for you, or maybe you think that He is so bad that make you this way? If yes, then please hear me out for a second!

I am going to tell you a true story of an old woman. Her name was Elizabeth. She was a wife of an old priest called Zechariah. They were a happy couple, both were righteous in the sight of The Lord and observing all the Lord’s commands and decrees blamelessly. Everything seems to be perfect for them except one thing.

They were childless. Elizabeth was not able to conceive.

I have just got married. And even just one week after my wedding day, people like always asking me “have you pregnant already?” – and i’m like ” #rollingeyes .. Helloo, i saw you came to my wedding day A WEEK AGO, right?” – well i don’t say it out loud, just some random voice on my thought haha. But that is what happening nowadays. People always push you with the world’s demands. Seems like pregnancy is the most important thing to prove that you are healthy and happy as a woman. And when i said, “not yet” – people are like changing their face with such sorry. And i’m like “okayyy.. here goes the drama.” haha

Can you imagine how Elizabeth feels in her whole life? As i told you before, Elizabeth is now old enough to have a baby. She must be spending her life feeling disgrace, facing that annoying questions, and sorry faces – ten to ten years more waiting but nothing seems to happen. Maybe her neighbors started to see her differently, started to underestimate her, started to laugh at her. How is a priest’s wife is barren and not able to born a baby? They started to take pity on her family as if her family is not blessed by God they serve.

Can you imagine how Elizabeth feels? Some people may think that she got the worst life as a woman. She has failed for just being a woman.

But finally one day in their old days, an angel sent  by God, said to her husband : “Do not be afraid, Zechariah; your prayer has been heard. Your wife Elizabeth will bear you a son, and you are to call him John. He will be a joy and delight to you, and many will rejoice because of his birth, 15 for he will be great in the sight of the Lord. He is never to take wine or other fermented drink, and he will be filled with the Holy Spiriteven before he is born. He will bring back many of the people of Israel to the Lord their God. And he will go on before the Lord, in the spirit and power of Elijah, to turn the hearts of the parents to their children and the disobedient to the wisdom of the righteous—to make ready a people prepared for the Lord.”

And Zechariah answered :  “How can I be sure of this? I am an old man and my wife is well along in years.”

A priest doesn’t make one person could see God’s plan. All the impossibility seems to blind our eyes to believe a miracle. Because we can’t see what God sees. He is beyond limit but we are so limited. So, finally Elizabeth was pregnant. There is one word she said that i remembered : “The Lord has done this for me, In these days he has shown His favor and taken away my disgrace among the people.”

But my story doesn’t end here. I want you to see the bigger picture of God’s plan for each one of our life.

Just in the sixth months of Elizabeth’s pregnancy, God sent the same angel – Gabriel to a virgin pledge called Mary and told her well almost the same things he told Elizabeth.
“The Holy Spirit will come on you, and the power of the Most High will overshadow you. So the holy one to be born will be called the Son of God. Even Elizabeth your relative is going to have a child in her old age, and she who was said to be unable to conceive is in her sixth month. For no word from God will ever fail.”

Let me help you understand what’s the truth that hides beyond this scriptures between Elizabeth and the birth of Jesus Christ, The One and Holy Lord.

Do you think God has just heard Elizabeth and Zechariah’s prayers in their old years? Do you really think that God is that deaf to prayers or maybe He easily forgets our prayers? Let me say this to whoever you are, He heard your prayer clearly, He listens to it very carefully. God’s plan is beyond our minds, He could give us what eyes haven’t seen, ears haven’t heard and heart haven’t felt. And that is exactly what He’s given to both Elizabeth and Mary.

can you see how perfect His plan is for Elizabeth?

Whatever you are facing today, maybe you are still “barren” : dwelling with your health, financial problems, marriage, family or anything. Remember, He is God that have everything under His control and does everything for our good. Yes, our good! Just see how God turns Elizabeth’s worst life  into a wonderful plan and beautiful life 🙂 Be patient, because maybe your miracle that you have waited for so long lies beyond what you are facing today.

“Miracles often hides beyond the worst thing in your life.”
– marlisatenggara –

“Miracles often hides beyond the worst thing in your life.”
– marlisatenggara –

Living in Indonesia, satay is probably one of a dish that you can find everywhere in the country. It’s so popular and common to eat as a main course in Indonesia. There are many kind of satay, such as Sate Padang (Where usually you’ll have goat meat with a thick almost looks like curry sauce, […]

If you are a tom yam lover just like me, then you’ll certainly love this dish! It’s a bit sour, spicy and has a very fresh taste in the every bite.

When it comes to chocolate, i have two people who seems like to always crave for them. They are my two kids lol. And so, i always stock up this easy chocolate spread in the fridge. Other than making it as spread, you could also simply turn it to chocolate dip with only a simple […]

The first time i used Almond Flour as the base flour of my pancakes, i fell in love. If you like a light pancakes, you should go with almond flour for sure. It gives a light texture in every bite of it. This is a very simple recipe that you could make anytime for breakfast […]

When it comes to mango season, i can’t help to not buying it lol. The sweetness of Mango and the softness of it seems to be addicting. And since Indonesia is in mango season, let’s make the most of it.